You were dead...and then you weren't.

They will pay for what they did to you.

Your restless spirit has clawed its way back from the void to seek vengeance upon those responsible for your death. Fueled by hatred, you will hunt them down and destroy them, but not before they watch you tear down everything they hold dear.

But be warned: Revenants are an affront to the natural order of the universe. As they make their presence known, Gatekeepers will cross over from the Void to drag their spirits back to where they belong.

Or at least they can try...

REVENANT is a narrative roleplaying game of personal horror for 2 or more players.  One player controls the Revenant, a vengeful spirit returned from the grave. The other player plays the role of Gamemaster, framing the world, controlling NPCs, and guiding the Revenant on its quest for revenge.

Each game begins with a series of open-ended questions that establish the circumstances of the Revenant's death, the powers it possesses, and the bonds it retains with the living. The players also create the Revenant's Target, or the person responsible for its death. A Target can control a broad range of assets and have multiple goals, all of which can be turned against them as the Revenant pursues its vengeance.

REVENANT uses a simple 2d6 resolution system that distributes narrative control between the player and the GM. All you need to play are two different-colored 6 sided dice. The game is designed to be played in a single session or two, but could be extended into a longer, more detailed campaign.

The 63 page, fully-illustrated rulebook contains everything you need to play. Optional rules for games with more than one Revenant are also included. 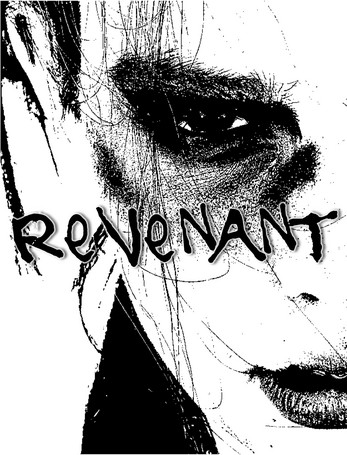 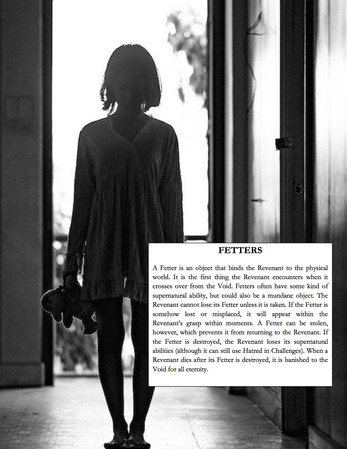 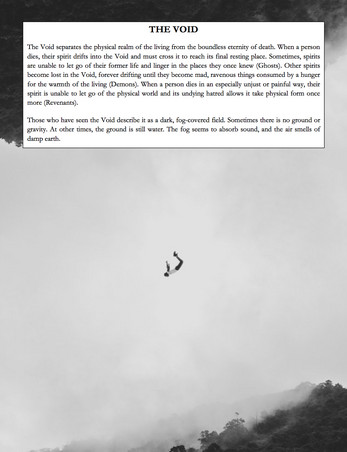