No one knows how many generations have passed since the world that was sank beneath the waves of the Wyld Sea. Those who remain have grown up on one of the ancient vessels that remain seaworthy or on the atolls, artificial islands cobbled together from bits and chunks of floating debris.

All your life you've gazed at the horizon of endless water, wondering what you might find beyond it. You've heard the stories of lost cities rising from the ocean floor, of floating metal dwellings that still contain the relics of a lost civilization, of merfolk who cross the world in their submersible vessels.

And then there's the greatest legend of them all: dry land.

Could it be out there somewhere beyond the horizon?

It's time you found out for yourself.

Wyld Sea is a roleplaying game set in a world of endless water. Players take on the role of daring seafarers who brave a mysterious ocean charged with elemental energy and inhabited by strange and powerful creatures. Whether your crew are explorers, merchants, or pirates, there are fortunes to be won and lost upon the waves.

Each character fills a unique role in their crew as they venture into uncharted waters. The crew may have a single vessel or multiple smaller ships, each one with customizable features and capabilities. Wyld Sea uses a d6 dice pool system that's quick and easy to learn while also being very flexible.

About This "Ashcan Edition"

While the Wyld Sea rulebook and the assorted player sheets provide everything you need to play and create extended campaigns, the game is not in a final, polished form. This "Ashcan Edition" is best thought of as a prototype version of the game. Some of the rules mechanics may not work quite as intended and a lot of tinkering remains to be done.

Although the current version of Wyld Sea is heavily influenced by the film Waterworld, the game has existed in some form or another for well over a decade. It began life as an alternate history pirate game called Crimson Seas, but underwent a massive overhaul in recent years. It still needs work, but at this point, it's not clear how much more active development will be done. If there's positive feedback about the game, it could see some additional refinement. It may also be reimagined with an entirely new system that preserves the spirit of the setting. Anything is possible at this point.

To receive updates about Wyld Sea and other projects from Last Redoubt Games, be sure to join the LRG Mailing List. You'll get access to free text-only copies of the games Revenant and Hounds of the Tsar just for joining! 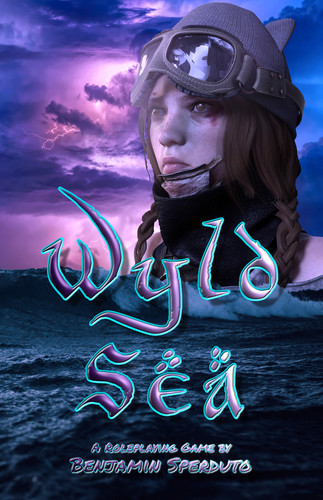 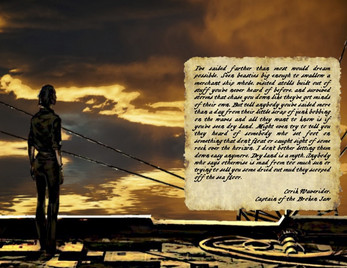 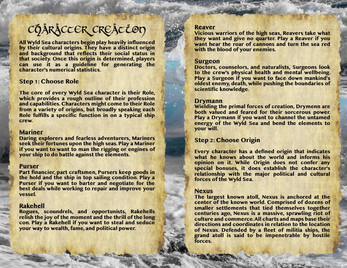 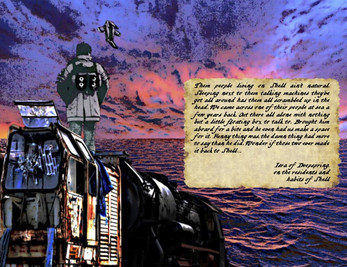 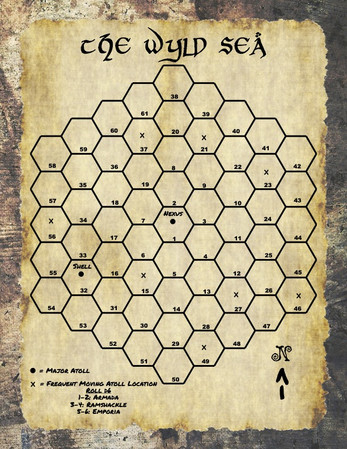