Landing a job with the Company was supposed to be your ticket to the big time. Then something went wrong. Luckily, the doctors and the engineers were able to put you back together again, but they had to replace a few of your squishy bits in the process. But your state-of-the-art augmentations are Company property, which basically means YOU are Company property. And if you want to keep getting the little green pills that keep your body from rejecting your shiny new implants, you'll do EXACTLY as the Company says...

You are an Agent of the Company. Equipped with multiple cybernetic augmentations, you carry out the dirty work that keeps the shareholders happy and the corporate executives in their cushy penthouse apartments. When conventional negotiations, political pressure, and legal threats fail, the Company sends you in to "overcome impediments" by any means necessary. From acquiring valuable intellectual property to triggering a competitor's succession plans prematurely, you've been (re)built to handle any assignment that comes your way.

If you succeed, you get another dose of the medication that keeps you alive. If you fail, the Company will terminate your contract and rip the augmentations out of your body before dumping the leftover meat. That's IF you fail and survive, of course...

Augmented is a rules-lite cyberpunk roleplaying game for 2-7 players,  one of whom plays the role of the "Supervisor" to direct the narrative, frame situations, and control NPCs.

The game uses a simple action resolution adapted from the game Revenant. Each Agent has at least two cybernetic augmentations that provide them with superhuman abilities. The game has no stats or skills. Actions are resolved by rolling 2d6 against a variable target number. One die is assigned to the player, the other to the Supervisor. If the test succeeds, the player narrates the outcome. If it fails, the Supervisor describes what happens next.

But either the player and the Supervisor can still impact the narrative regardless of the outcome if their die result is higher. This can quickly lead to situations in which an Agent successfully performs a task, but still suffers an unexpected problem. On the other hand, it also means that even when an Agent fails, they can still work closer to their ultimate goal.

With no stats or complex mechanics to track, Augmented can be played with little to no preparation. Although the game is well-suited for one shots and episodic missions, Supervisors can use the optional downtime rules to create an extended campaign.

This special edition of the game includes the Augmented Campaign Setting Guide, which provides details on the Houston Sprawl in the year 2144. It was previously available as a separate download, but has been incorporated into the latest version of the rulebook with all new art layout.

You can download the game in both a high resolution format or get a more space-friendly version at lower resolution.

Physical copies of the game can be purchased directly from the Last Redoubt Games website:

GET AUGMENTED IN PAPERBACK

To receive updates about Augmented and other projects from Last Redoubt Games, be sure to join the LRG Mailing List. You'll get access to free text-only copies of the games Revenant and Hounds of the Tsar just for joining!

In order to download this game you must purchase it at or above the minimum price of $12 USD. You will get access to the following files: 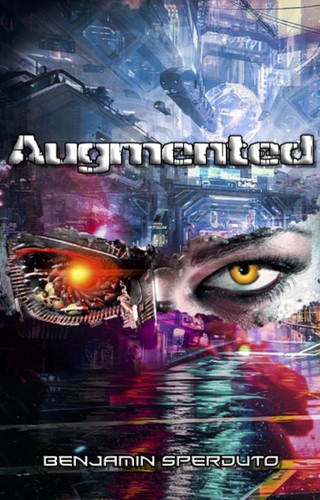 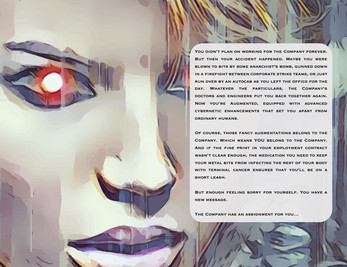 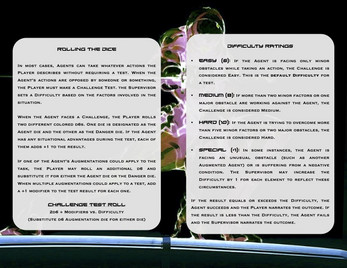 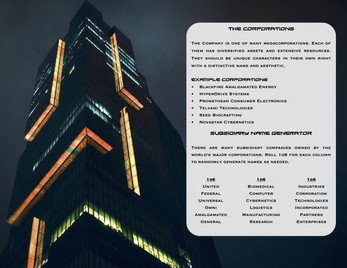 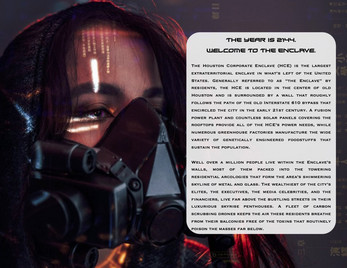